Last week, I drove up the 90 from Eilat to Jerusalem.

We passed the Dead Sea – that I’ve been going to, on and off, regularly for the last few years.

I literally could not believe my eyes about what is going on there.

Over the Covid 19 lockdowns, the State of Israel started digging up parts of the coastline, we thought to stop people camping out there and escaping Covid fascism.

Now, it looks like they dug up literally tens of miles along the coast, by the side of the 90.

I cannot tell you how ugly the whole area is looking.

I also can’t tell you how much of the water from the Dead Sea has evaporated radically – even in the last 4 months.

This is a very good write-up, with good pictures and video, that will give you some idea of what’s ‘officially’ going on there:

But what is really going on there at the moment is a mystery.

A few months ago, there was way more water. And now, the Dead Sea is the smallest puddle I’ve ever seen.

We can – and should – blame human greed for at least some of this.

The potash plant at the bottom of the Northern Dead Sea has totally destroyed the area.

And if my tour guide from Mizpe Ramon is to be believed, the owners of that potash plant, the Ofer brothers, are preventing the State from opening the Degania Dam that would replenish some of the Dead Sea from the overflowing Kinneret.

HERE is the Wikipedia page for the Israel Corporation.

While you might think that the Israel Corporation is State-controlled, in reality 55% of it’s equity is owned by the Ofer brothers, snippet:

The Israel Corp was founded by the government of Israel in 1968, together with Shaul Eisenberg, who was one of the first strategic foreign investors in Israeli history, under the initiative of then Minister of Finance, Pinchas Sapir of the Israeli Labor Party, who changed the Encouragement of Capital Investments Law to attract foreign investment. The change ensured that the company’s owners were exempt from taxes for 30 years and received other benefits.

In 1975, the director general of Israel Corp, Michael Tzur, was sentenced to 15 years in prison after he was convicted on 18 counts of embezzlement, theft, fraud and bribery. He was released from prison in 1981…

After Eisenberg’s death in 1998, the family sold control of the company to the Ofer family.

In 2007, 55% of the equity of the company was held by the Ofer Brothers Group, 18% by Bank Leumi and the remainder by the public.

Who ‘owns’ that chemical / potash plant ruining the Dead Sea?

At least back in 2013, it was owned by Israel Chemicals. Screenshot:

Two of its major holdings, Israel Chemicals and Oil Refineries Ltd are also constituents of the TA-35 Index.

Who owns the Israel Corporation?

HERE is his Wikipedia page, and here is a snippet:

He serves on the advisory board of the Council on Foreign Relations and the Dean’s Council of the John F. Kennedy School of Government at Harvard University. With Richard Branson and others, he is a co-founder of the Carbon War Room, a think tank on climate change based in Washington, D.C.

That the same guy who is literally destroying the Dead Sea is preaching to everyone else about ‘climate change’ and switching over to ‘electric cars’?

The Carbon War Room warped into something called ‘RMI’ that now has a $52 million budget to preach to all us plebs about climate change.

HERE is their website, and here is one of their vomit-inducing videos:

But what’s going on currently at the Dead Sea goes even beyond this.

I asked my ‘CERN expert’ if she had any ideas, and this is what they came back with:

BPEarthwatch is convinced that Cern’s main purpose is to alter the weather and the planet (I think that is only part of the story), and he has intimated that the sudden loss of water at Lake Meade may also have something to do with CERN.
Very strange phenomena, and in the videos he has posted it shows not only evaporation, but strange holes where you can see the water seeping away- as if holes are opening up under the earth and draining away the water (see 6:16-9:00 in this video):
https://www.youtube.com/watch?v=srYiC9y2LbU&t=6s
Perhaps this relates to the Dead Sea phenomena??

So, after I got her email, I just googled ‘lake water disappearing’, and this came back, from HERE:

They are messing around with all sorts of things at CERN, and with things like HAARP, that appear to be affecting the weather and temperature.

But I highlighted the bit talking about BUILDING NEW RESERVOIRS, because the State of Israel is currently using the Chinese to build a whole bunch of new reservoirs in Israel, including the colossal project at the bottom of Belvoir, again on the 90 a little south of the Kinneret.

These Chinese-built reservoirs may actually be the last straw for the Dead Sea.

So, who is actually building all these reservoirs in Israel (apart from the Chinese?)

Man, the hypocrisy of all this.

But keep on eye on CERN – that has been ramping things up since July 6, 2022, and seems to be running their experiments at full tilt since then.

And understand that people like multi-billionaire Idan Ofer don’t give a stuff about the environment or climate change, for all they like to lecture everyone else about it.

As long as the money keeps pouring into their pockets, who cares what happens to the Dead Sea? 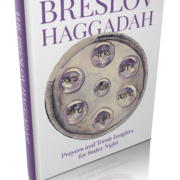 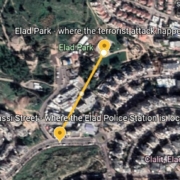 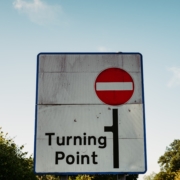 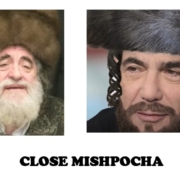 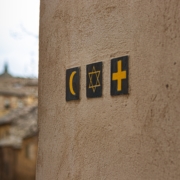 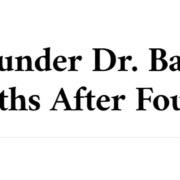 Proven in court: there is graphene oxide in the 'Covid 19' shots
4 replies

More victims of the Vax