I can’t stop thinking about how much of our recent history has been ‘faked’.

UPDATE: More on the horrific school assault in Netanya, that’s been ‘blanked’ from the news.

On the one hand, it’s such a disturbing and destabilising concept, that I almost don’t want to engage with it.

And on the other hand, the more information flows in, the more I am coming to the conclusion that all the ‘fake history’ and personas I’m piecing together in our Jewish world from the last 250 years has to also coincide with ‘fake history’ on the non-Jewish side of the fence, too.

Yesterday, I came across this film that I watched fine speeded up  (1.5), that covers a lot of ground on this topic, with a lot of compelling videos and photos of an ‘old world’ that apparently vanished sometime between 150-300 years ago, that had stupendous buildings, free energy, street lights, electric trains – all the things that we were told just never existed, until the Industrial Revolution began in 1840.

(It’s not shmirat eynayim friendly, as it does have clips with women.)

I watched this, and my mind is whirring.

Just to be clear, I’m not saying I believe everything in this video, or that I agree with everything being said – do your own birur carefully, as always.

But it does present a great deal of information and old footage that appears very hard to ‘explain away’.

Was there a ‘mud flood’ that destroyed most of the world, within the last 250 years?

And then, did that lead to a mad ‘land grab’ by the elite who were based out of the UK, France, Spain, Holland and Italy, who also then eradicated all the signs of that previous world?

But then, I was wondering how something like that could be, and none of our rabbis, none of our Jewish sources from the last 250 years even referred to it?

This was puzzling me greatly – after all, we are the literate People of the Book, who always knew how to read and write, and store and share information and maintain the chain of history, from the beginning of the world, 5782 years ago.

And that’s when it struck me, how important it must have been to totally take over our Jewish leadership, and to ‘break the chain’ of our history, and to attack the Torah community anyway possible.

It’s hard to totally rewrite the world’s history to suit yourself, when there is a stubborn group of literate, articulate people who are clinging on to their Torah, their emuna, their history, their teachings, with total mesirut nefesh.

In the middle of all this, I’ve been doing more research on Jacob Frank’s first father-in-law, Hayyim Samuel Falk, aka Dr Falkon, aka the ‘Baal Shem’ of London.

To cut a very long story short, he seems to have been deeply involved in Rosicrucianism, and taught a generation of black magicians who went on to found secret societies like ‘the Golden Dawn’ and Moses Dobruska’s ‘Asian Brotherhood’.

The following is an Abstract of an article that appeared in the ‘Zion’ Journal, now found on Jstor:

“[The] Brethren of St. John of the Gospel from Asia in Europe”, commonly called the Asiatic Brothers, [was] the first masonic organisation which stipulated the reception of unbaptised Jews into its ranks. The kabbalistical parts of its rituals were wirtten by Schönfeld who introduced into them portions of Jonathan Eibeschütz’ Sabbatian treatise Ve’avo hayom el ha’ayin, a manuscript which enjoyed wide circulation among the Moravian Sabbatians and admirers of Eibeschütz.”

While the ‘Sabbatian elite’ were off writing histories about this ‘miracle worker’ and lauding him mamash as a holy Rebbe, and individual of great piety and holiness, over in the non-Jewish world, you find information that paint quite the opposite picture.

This snippet about him (from HERE) comes from a French writer named Archenholtz, and was published in 1790:

There is a person of this nation called Cain Chenul Falk, but better known by the name of Doctor Falcon, who for thirty years has been famous for his cabalistical discoveries. He lives in a large house ; is attended by a small number cf domesticks ; is engaged in no manner of business-, and gives away a great deal of money to the poor.

When he goes out, which is indeed but seldom, heis always clothed in a long robe, which agrees very well with his flowing beard, and noble figure. He is now in the 7oth year of his age. I shall not here recount the wonderful and incredible stories told of this old man.

It is most probable that he is a very great chymist ; and that he has, in that occult science, made some extraordinary discoveries, which he does not choose to communicate. A certain prince, who was very zealous in his search after the philosopher’s stone, some years ago wished to pay him a visit, Falkon, however, could not be prevail- ed upon to grant him an interview.

In his introduction, Archenholtz refers to him as ‘The Jew Joel Dr Falcon’ The Philosophers Stone’:

(It’s a scanned copy of a very old text, so there are some errors in the spelling, FYI.)

That stands up the theory that ‘Joel the Baal Shem of Zamosc’ – father-in-law of ‘Rabbi Jacob Benjamin Loeb Frankel’ is one and the same as the famous black magician, Cain Chenul Falk.

And this is not where the problem ends.

I started trying to track down more information about ‘Cain Chenul Falk’, who is lauded as one of the great teachers of devil-worshipping secret societies like the Golden Dawn, amongst many others, and I got to the website of one ‘Chuck Furnace’.

Furnace is an open devotee of the ‘Rosy Cross’ / Rosicrucian path of devil-worshipping ‘enlightenment’.

Many of his pages have been scrubbed and ‘unavailable-d’ now, but here’s a screenshot (with images off…) of his home page, with the parts I’d like you to pay attention to highlighted: 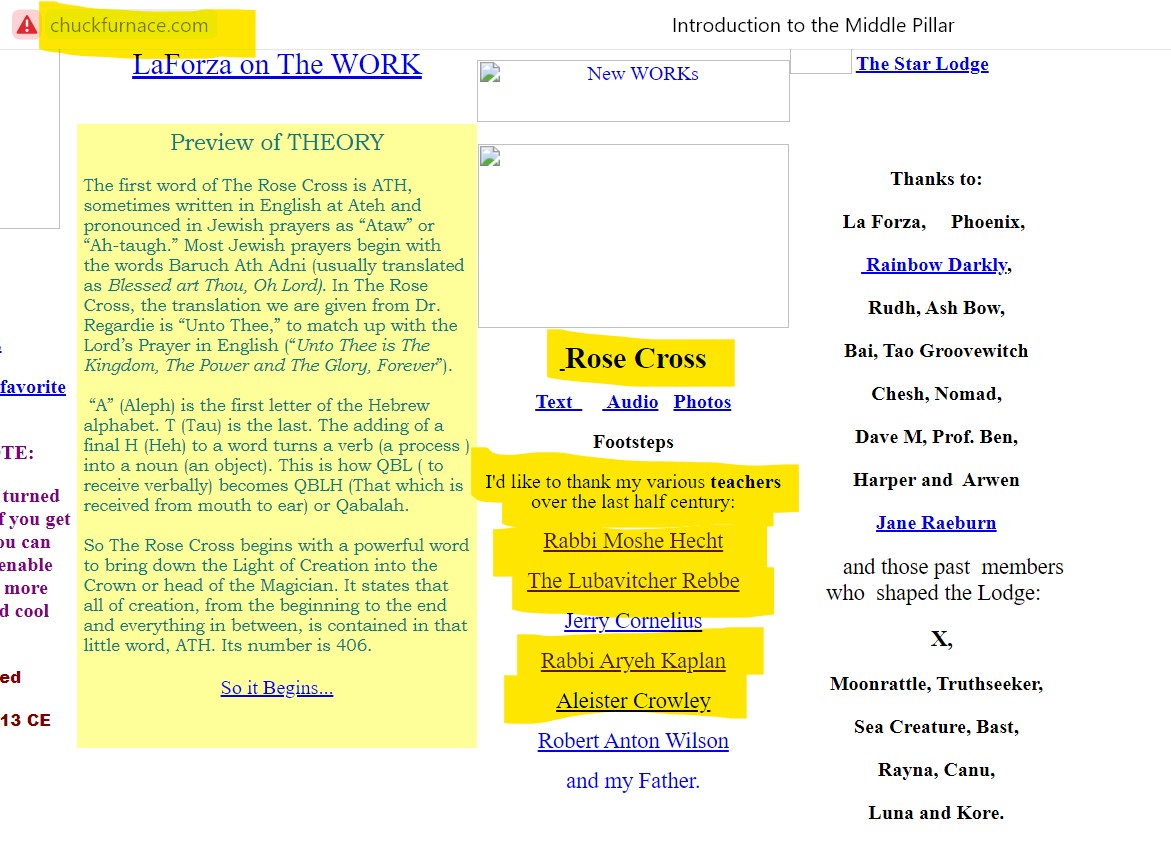 I’m not jumping to any conclusion here.

But I find it strange, to say the least, that this guy’s list of teachers begins with a bunch of rabbis, including the Lubavitcher Rebbe, and then ends with the famous satanist Aleister Crowley.

I am so sick of all the lies.

I had a query about why R’ Aryeh Kaplan, who translated some Breslov works into English, also appears on this list.

Here’s what I responded:

He wasn’t a Breslover himself, btw, he was someone who translated a lot of different books, including the Sefer Yetzirah – which contains a lot of straight up kabbalah, that these people probably use in their black magic rituals.
I actually had that book a few years ago, and was totally shocked it had been translated into English at all. In the end, I put it in the genizah, after I started learning more about how ‘practical kabbalah’ is actually just another term for black magic.

I saw my sister-in-law from Netanya yesterday, and she told me about a horrific gang rape that occurred in a local highschool there, 3-4 months ago – that the media has almost totally buried.

I heard literally nothing about it, before she told me, but 20+ teenage boys broke into what I though was the ‘Chaim Gurary’ highschool in Netanya, to gang rape the drugged girlfriend – 14 years old! – of one of their friends.

Everything was caught on the school’s CCTV cameras, but no-one seems to be doing anything to really address what happened, and the poor girl and her father are now apparently in mental institutions, as a result of what happened to them.

(Or maybe, to keep them out of the media, so as few people as possible get to hear about this.)

Secular culture in the Frankist-Freemason State is totally sickening, and they are keeping these stories out of the news, because all they want to do is carry on with their war against the Torah, and religious Jews.

Remember what happened in Greece?

Remember what happened in Eilat?

This is sadly not an unusual occurrence.

Without the Torah and its moral structure, a human being literally descends to being worse than an animal.

Bezrat Hashem, I am really praying that God will explode this world of lies as fast as possible.

And our part, in the orthodox Jewish world, is to keep asking awkward questions, to keep chipping away at the edifice of lies that most of our ‘leaders’ have constructed about what really happened, over the last 250 years, and how they are really connected into a very deep matrix of evil and deception.

Instead of being spreading the light of the true Torah, they’ve just been spreading more self-serving lies, and conspiring to turn Jews into either:

May God save us from this.

And in the meantime, if you want to know where the real light of Torah can still be found….

And all the real, sincere tzaddikim who respect the former, and publically support the latter, even in the face of terrible threats and danger, from this Frankist-Freemason State of Israel, and those who are part of ‘the machine’.

No wonder Breslov and the Rav have been persecuted so much, for the last 250 years.

Because that path really connects people back to their true, holy selves, and back to God.

And it really gets people to remember what the point of being alive is, and what the true essence of being a human being, and a Jew, really is.

And that’s the last thing these Frankist-Freemason-Rosicrucian-Devilworshippers want.

UPDATE: Here’s what I got back from the sister-in-law, about the awful assault in Netanya, that happened 3-4 months ago, and has been totally blanked in the news here:

I cant see it in news, it was all over social media groups.

She went to Chaim (Haim) Gury School in Ir Yamim, Netanya and they were all from Eldad school in Netanya.

Again, this was caught on the school cameras, so it’s not a figment of anyone’s imagination.

Maybe, all those ‘social justice’ warriors who have nothing better to do than burn Chaim Walder’s books in Bnei Brak can take a look at the total disintegration of secular society too, in Israel?

Maybe, the media here could at least acknowledge what is actually happening?

I’m not holding my breath. 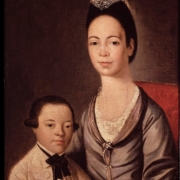 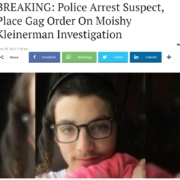 Moishy Kleinerman - what is really going on? 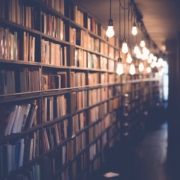 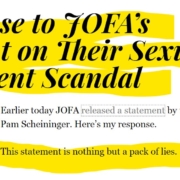 A visit to 'Pardes' 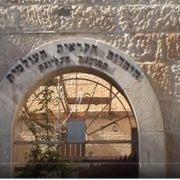 The hidden links between 'Khazars' and Karaites - Part 2 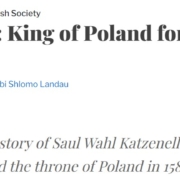 Shabtai Tzvi and the SHACH - some more strange connections
10 replies

New book of prayers and advice on Shalom Bayit – for men