I just got back from a brief, but very good holiday up North.

As usual, I had a lot of ‘spiritual lessons’ mixed in with the relaxing stuff, too, and here’s a couple I wanted to share with you, dear reader.

Let’s start with the incident outside the Cafe Cafe, driving up highway 90 to Tiveria.

We were trying to track down a bag of ice for the cool bag before heading into the Cafe Cafe to eat something, when me and my husband spotted an old guy standing in the middle of the thoroughfare, peeing against the wall.

And as people who were raised in the UK, it always just seems so wrong and disgusting.

But in the middle of a shopping centre?!?!?

When there were literally four toilets less than a minute’s walk away?!?!?!?

My husband got quite upset about it.

He got so upset, he gave the guy a real piece of his mind, for about two minutes, and when he was done, the guy (who wasn’t ‘religious’) called him over so he could kiss my husband’s tzitzit.

That was kind of surprising.

We pick up the ice, shoved it in the cool bag in the car, then turned around to walk over to the Cafe Cafe and then horror!

We see the old guy also just walked into the Cafe Cafe ahead of us.

Well, this is going to be potentially awkward, I said to my husband.

And if that guy is the chef – then I’m not eating here….

He was sitting at a table drinking milkshakes with two people that looked like his teenaged grandchildren.

So now there was an even bigger mystery going on here:

Cafe Cafe has great toilets. If that guy was coming in here anyway – literally a 30 second walk from where he’d been peeing against the wall in the middle of the pavement, then WHY WAS HE PEEING AGAINST THAT WALL?!?!?!?

We slunk into a table far away from the old guy, while I kept an eye on him.

Suddenly, it came to me:

You need to tell your husband to apologise to the old guy. He kind of overdid his ranting a little too much….

It is the greatness of my husband that when I told him this, even though he was embarrassed and really didn’t want to revisit the scene, he agreed to go over and apologise.

He caught the old guy when his two grandchildren had gone on ahead after they’d got the bill and left, and he was alone, so it wouldn’t embarrass him.

Here’s what I see happens next:

Just when I start to worry maybe the old guy kidnapped my husband, or something, he reappears with his best ‘rabbit in the headlights’ face, as the old guy waves goodbye and ambles out the front door to join his grandchildren.

Man, did I just get a pasting! my husband tells me.

The old guy told my husband:

Because you took the time to say sorry, I’m going to tell you what was really going on. I have a urological problem, he continues. If I don’t go to the bathroom as soon as the urge appears, then it can burst and I can die from it.

If hearing that wasn’t bad enough – and believe my husband, it was plenty bad enough – the old guy decided to take my husband to the men’s toilet, so he could graphically SHOW HIM the problem, so my husband wouldn’t think he was making it up.

I built a shul in Jerusalem for 7 million shekels, he tells my husband. I let couples use it for free for their weddings, when they tell me they have no money. I’ve been stopped by the police on the freeway out in LA where I also had to stop by the side of the road, while the cars piled up behind me. They also said sorry once they knew the real story.

So next time, he concluded, try and judge le chaf zchut (to the side of merit).

What an unforgettable lesson on Azamra.

(Particularly for my husband).

Next day, I’m floating in the water at the women’s beach on the Kinneret, and I’m thinking to myself:

Wow, just going with the flow is so nice… Why do I keep trying to force things, I should just let God decide what I’m doing, and where I’m going in life….

After 10 minutes of that, I was so bored that I involuntarily started doing some treading water stuff, even though the water I was treading was barely a meter deep.

People are made to move.

They are made to progress, to create some ripples, to make some waves.

It’s true, that sometimes we need to take a break, and that only sharks move constantly.

But just ‘floating along’ in Gan Eden is nice for 10 minutes.

And then it gets really boring.

Duh, I totally forgot it was bein hazmanim.

And I also forgot that this one site in particular is a favorite with the yeshivas and the sems, as they give deep discounts for big groups, and also let 12 kids crowd onto a dinghy built for eight without noticing….

So, there is me and my husband in our raft.

A couple more ladies with their respective families.

And then literally, 300 yeshiva bochurs of various ages.

All trying to paddle down the Jordan without capsizing.

Here’s what I noticed:

These yeshiva bochurs for the most part had really good middot.

They wished us ‘good afternoon’ as we overtook them, as our two person raft moved way faster than the class-on-a-raft they were paddling.

They were also careful to avoid soaking us in their splashing wars.

And one pair of bochurs even checked we were ok when we moored our raft to the side to jump in the water a little.

My heart leapt for joy.

Of course, there was a snake in Eden.

On the banks of the Jordan, a few people had their tents pitched, and were watching the rafters.

One of the viewers was a young woman who decided to sit in her deck-chair with no clothes on, as a whole yeshiva literally paddled down the river in front of her.

From what I could see, most of them were oblivious to the apparition on the hill, but there were still a couple who saw her.

How am I meant to judge someone like this favorably?! I asked my husband.

Tell yourself she has a mental disorder, he suggested.

Hey, that guy is starting to make some sense….

And clearly she did, because otherwise she’d have had at least some clothes on, in the first place.

There were many other lessons to share, but maybe another time.

But the theme of the trip was definitely ‘seeing the good’ in my fellow Jew.

In terms of how all that goes together with the research I’ve been doing here on the blog the last few months, it seems to me God is asking for a miraculous combination here.

A coming together of the two extremes of ‘researching and really seeing the problem’, and NOT whitewashing any bad actions or events, but at the same time, covering this stuff with a more forgiving eye.

It’s the fire-and-ice of the hail in Mitzrayim.

Totally impossible to put together.

Unless God wills it.

But that seems to be the approach He wants me to take, with all this.

Behind the scenes, so much is going on.

So many weird car crashes happening, all over the world.

I just want to share a few headlines, which shows you how easier it was to ‘hack cars’ via the entertainment system and take over their function via remote control – SEVEN YEARS AGO.

This is from HERE:

Miller and Valasek’s full arsenal includes functions that at lower speeds fully kill the engine, abruptly engage the brakes, or disable them altogether.

The most disturbing maneuver came when they cut the Jeep’s brakes, leaving me frantically pumping the pedal as the 2-ton SUV slid uncontrollably into a ditch.

The researchers say they’re working on perfecting their steering control—for now they can only hijack the wheel when the Jeep is in reverse. Their hack enables surveillance too: They can track a targeted Jeep’s GPS coordinates, measure its speed, and even drop pins on a map to trace its route.

Remember, that was seven years ago….

HERE‘s another headline from 2015:

Keep on eye on all these ‘weird’ accidents with buses, which brought this ‘car hacking’ stuff to mind…

The war isn’t over yet.

But the tide of the battle is turning.

That’s still what I think and feel. 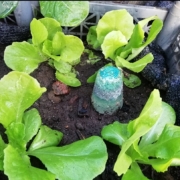 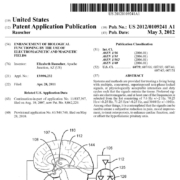 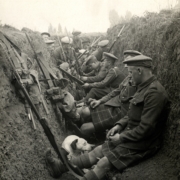 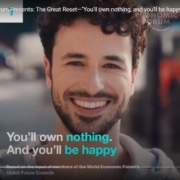 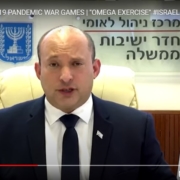 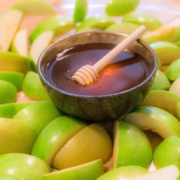 Shana Tova – and an apology
7 replies

Reb Zushya and a dilemma
Scroll to top