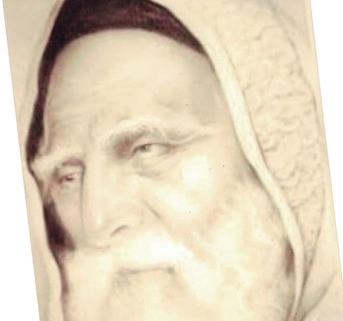 Over Shabbat, I was doing a lot of thinking, about what is going on here, and how to proceed with the information.

On the one hand, I had people over email telling me I was being too soft on the rabbinical figures involved in this, and that anyone who has anything to do with this subject must be ‘dirty’ and totally spiritually corrupted.

And I have some sympathy for that position.

On the other hand, I had other people telling me that we shouldn’t judge anyone, and that people are always innocent, until proven guilty, and that we are dealing with people who are apparently ‘big tzaddikim’.

And I have some sympathy for that position, too.

So, how to proceed here?

I cracked open Likutey Moharan for some insights, and this is a little of what I got to.

All speech is an aspect of gevurot  (judgments)…that must be ameliorated. Their amelioration is by way of Torah study and appropriate speech that one speaks…

And know, sometimes harsh gevurot emerge, and when they enter the world they come upon the leaders of the generation, for they possess daat….

But when [these leaders] do not ameliorate the harsh gevurot – on account of their lacking the power to ameliorate them, or their being at a low spiritual level and unable to ameliorate them, since they have caused some blemish through some misdeed or sin, for even tzaddikim and great people can sometimes blemish or err in some way, for ‘there is no tzaddik on earh [who never sins]’…

[T]hen, all their speech, which is harsh gevurot, come upon and befall the tzaddik of the generation.

Now, the tzaddik of the generation must ameliorate these harsh judgements…

But, if the tzaddik of the generation lacks the power to ameliorate them, he can then fall steeply from his spiritual level….or he may pass away because of it….

This was what caused the departing of the Baal Shem Tov.

Who had said that he would depart on account of the Shabtai Tzvi episode.

Several of the leaders of the generation and outstanding Torah scholars had become followers of Shabtai Tzvi, who had fooled them, as well known.

They left the community and spoke evil against the entirety of the Oral Torah, because harsh gevurot had come upon them, and they did not ameliorate them, because they were in the above category….

And the Baal Shem Tov is quoted as saying that the Shabtai Tzvi episode caused two holes in his heart, which caused his departing.

As usual, Rabbenu cleared up a lot of confusion.

Here’s some of what I took from this lesson:

What I took from this, is that even if someone really is a Tzaddik, and I do believe true tzaddikim exist, at least 36 of them inside Eretz Yisrael, and 36 of them in chu’l, is that sometimes they also make a mistake.

Sometimes, they can also be fooled into saying things they shouldn’t, or protecting the guilty.

The question is, what happens next?

Do they try to ‘double down’ on their mistake, and then compound it?

Or, do they try to acknowledge their mistakes and errors, and try to fix the problem?

People with genuine yirat Shemayim will try to acknowledge their mistakes and to fix the problem, even if that makes them look bad, and causes them a lot of trouble, as it almost inevitably will.

And in our olam hafuch, they will then be degraded, spiritually, for not being ‘perfect tzaddikim’, when they do that.

So, it is the ‘perfect tzaddikim’ who can do no wrong, who I am most suspicious of.

2. It’s DAFKA the ‘leaders of the generation’, the outstanding Torah scholars, who are given this test of trying to ameliorate the harsh judgements.

And if they aren’t on the spiritual level to really do that, that means that either they pass away, and the harsh judgements are sweetened this way.

OR, that they themselves fall steeply from their spiritual level, which is when we see that so many of these ‘outstanding Torah scholars’ can become morally corrupted themselves.

This explains, perfectly, how DAFKA a ‘SHACH’ can become a ‘Shabtai Tzvi’.

And how DAFKA a ‘Jonathan Eybshutz’ can write the Frankist manual on why committing incest and all types of arayot is actually a big mitzvah.

It’s DAFKA the outstanding Torah scholars who we need to be most wary of, in these matters.

3. When all these harsh judgements are floating around, that’s when we’ll see an uptick in people slandering the tzaddik of the generation.

That’s why yet again, there are negative ‘documentaries’ being made about Rav Berland being a false messiah right now.

Each time we are on the cusp of more ‘harsh judgements’ being unleashed on the world, Channel 13 kind of announces that 2 months in advance, by doing another hatchet job on the Rav.

That is almost 100 years after ‘Shabtai Tzvi / SHACH’ passed away. And yet Rabbenu still writes of his time:

“Several of the leaders of the generation and outstanding Torah scholars had become followers of Shabtai Tzvi, who had fooled them, as well known.”

This proves unequivocally that Sabbateans were a huge force to be reckoned with, DAFKA within the Torah world, a hundred years after Shabtai Tzvi had already died.

They were such a big movement in 1760, they even caused the passing of the Baal Shem Tov.

(BTW, the picture for this post is meant to be the genuine likeness of the Baal Shem Tov.)

There was a famous disputation with the Frankists in 1759, shortly before the BESHT passed away.

Many of the Sabbatean-Frankists converted out to become (externally…) Polish Roman Catholics, at that point.

But many didn’t, and the stayed as secret Sabbatean-Frankists within the Jewish community, wreaking havoc with their creed of practising incest and arayot as a ‘mitzvah’.

The hard facts are, that nearly all of our leaders in the religious world can be shown to descend straight from known Sabbatean-Frankist families.

(And of course, that’s also true of the secular Jewish world too, particularly in Reform / Conservative / Modern Orthodox circles, and also within the State of Israel’s judiciary and political institutions.)

So, when we come around to this issue of ‘questioning the Rebbes’, and shining a spotlight on their attitude and actions towards pedophilia in their communities, their yichus plays a big part, in trying to figure out their motivations for their actions.

Because ‘ritual abuse’ is passed down the generations, like an evil minhag, from father to son, and from parent to child, lo alenu.

So now, let’s bring this back around to the discussion we started off with, to see what practical advice we can learn out from this.

That means that even when I put meticulously researched stuff up here, that appears to be suggesting a firm conclusion, we should all still understand that while we have to take the suspicion seriously, and protect ourselves and those we love from these people, we are still ‘forbidden’ from accepting it as being 100% true.

Until someone has been through a whole, honest investigation process via the Beit Din or secular courts (does that even exist, these days?!), we can’t make judgements on their guilt or innocence with 100% certainty.

At the same time:

2. No-one is above being questioned.

Even tzaddikim can make mistakes.

Even ‘outstanding Torah scholars’ can steeply fall from their daat, and hit the lowest depths of spiritual tumah, if they don’t have the humility required to ‘sweeten the harsh judgments’ by accepting being publically disgraced with love.

And that’s when we’re talking about genuine Torah scholars, who at least at one stage in their career really do have yirat shemayim.

In our days, when most of the leaders and the rebbes and the rabbis and the teachers are ‘Sabbatean-Frankist Erev Rav’ right from the start…

We have a duty and a responsibility to our children to check, and double-check, and triple-check that we are dealing with upright, kosher Jews with yirat shemayim – and not pedophile-excusing, or even practising, scumbags.

(Which at the moment, probably doesn’t exist.)

And at the same time, no-one is innocent, 100%, either, when it comes to taking precautions to protect our children.

The point is, we have to look and verify the people we follow, the ‘rebbes’ we respect, the ‘Torah scholars’ we listen to, very, very carefully.

I spent 2-3 years doing just that with Rav Berland, BEFORE I decided he was my Rav, and AFTER the initial stories had already been publicised about him, because so many of the stories being told just didn’t make sense to me, as an investigative journalist.

As you can hopefully tell, if I believed the stories were true about Rav Berland, I would have run away as fast as my legs could carry me, let alone write two books about him and trust him to be my Rav.

Even a tiny bit of doing your own research will yield some big results.

And even a tiny bit of asking God to show you who is really a ‘true tzaddik’ will open your eyes to what is really going on, like nothing else.

There is mamash a spiritual war going on in our community.

We are being attacked by pedophile christian missionaries, in all their guises, without.

And mislead and spiritually-destroyed by pedophile Sabbatean-Frankist ‘leaders’ within, both ‘orthodox’ and otherwise.

That is the reality.

And when more of us start to deal with this reality, instead of ducking it or ignoring it, that’s when this horrible reality will start to change.

And our kids can grow up in a much safer environment, without being constantly exposed to scumbag predators.

And Moshiach can finally come.

The Church of the Holy Sepulchre