The more I learn about what Rabbi Tarfon taught, the more I find myself connecting to his teachings.

I’ve written about him before, but let’s just bring a few translated quotes from his teachings, before I get into the ‘meat’ of this post, as it’s really the connecting material between it all. 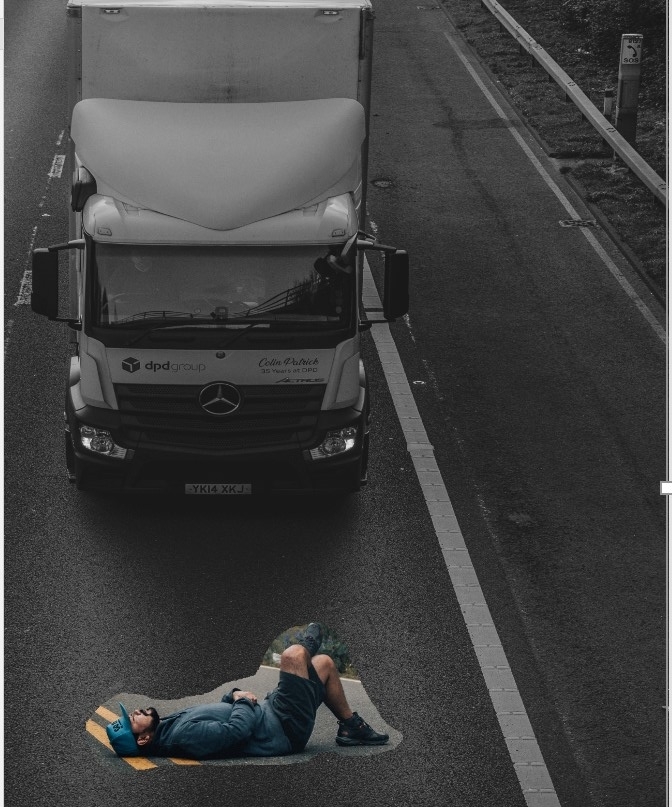 When we’re having discussions about emuna and hishtadlus (making an effort), Rabbi Tarfon is giving us some very important pointers, here.

It’s true that right now, there seems very little that any of us can do individually, to derail the ‘Covid 19 / Agenda 2030’ depopulation juggernaut.

But that doesn’t mean we should just give up and wait for the truck to crush us.

We aren’t obliged to complete the work – God will do that in His own time, in His own way, when He’s good and ready.

But neither are we free to give up and fall into despair!

It’s a very narrow bridge, to be sure.

But the yetzer hara is an expert in dressing up bad middot like depression and despair in ‘pious clothing’ like fake emuna.

And as Rabbi Tarfon teaches us:

No man dies except through idleness.

Or to put it another way: it’s staying in the comfort zone that really kills us.

People are literally sacrificing themselves and their kids for two weeks’ holiday on a beach.

And to avoid awkward encounters when they’ll be labelled an ‘anti-vaxxer’ by the psychos in our midst.

And to try to get ‘back to normal’ – that normal-miserable life where everyone spends most of their time working to buy things they don’t really want or need, and then spends the rest of the time spaced out smoking weed or plugged into the Metaverse, to take their mind off their misery.

Baruch Hashem, we have Rabbenu.

Rebbe Nachman tells us, Listen, chevrei, I checked this thing out to the deepest depth possible, and I can tell you categorically:

Do you think Rabbenu is lying, when he tells us this?

Or do you think that ‘despair’ is just another one of those bad middot that we all have, and that we all need to get to grips with and overcome?

That brings me to a few points I want to cover, ‘shorthand style’ in this post, so I don’t spend all day typing.

Point 1: When people tell you to give up, and that there is no hope, don’t listen to them.

Even when people have good intentions, what we are currently facing is so overwhelming, most people will go into ‘shut down despair’ mode automatically, unless they have a very strong connection to God and our True Tzaddikim.

And I’m underlining that last part, because it’s the advice of our True Tzaddikim, like Rebbe Nachman, that tells us how to apply our emuna and prayers and efforts, day-to-day, to really focus them where they will most help us.

If you go to the Unite4Truth website HERE, you will find a whole bunch of sources clearly showing how DARPA and the US Military were behind the creation of these new ‘vaccines’ – regardless of the brand – and how they intended to ‘weaponise’ this technology right from the start.

Here’s some of the links there. The headlines really tell the whole story, all by themselves:

[US] Government Owns Spike Protein Technology Utilized in All US Emergency Use Only Approved Covid-19 Vaccinates, Developed Spike Protein Antigen in 2018

The country spearheading the NWO’s ‘war’ against humanity is the USA.

And especially,  DARPA, NSA, CIA, the Office of Naval Intelligence, and all those other places that were basically created in the Nazi mold, and populated with former Nazis smuggled into the USA, and other places, as part of ‘Operation Paperclip’.

Or to put this another way: the whole world is currently under attack from the USA, and the US military is committing horrendous war crimes against civilian populations – including it’s own – as we speak, via it’s proxies in ‘Big Pharma’.

Let that sink in.

It’s important to know who the real enemy is, so you can focus your prayers and your hand clapping appropriately.

If you go HERE, you will find a real study, done by real scientists in France, in a controlled way, that shows that some of the people ‘innoculated’ with Covid shots ARE subsequently transmitting MAC / Bluetooth codes.

Here is the main finding:

From these results we can say that a significant percentage of injected persons and, to a lesser extent, non-inoculated persons tested by PCR tests, emit alpha numeric signals in the frequency range corresponding to that of Bluetooth use.

What jumped out at me is that some of the people who have had PCR tests, but who haven’t been ‘vaccinated’ with the Covid shots are also emitting Bluetooth codes.

In the first of the two experiments they did, more of the ‘non-innoculated, but PCR tested’ people were generating codes than the ‘innoculated’:

(The PCR subjects in this study seem to have had a hefty number of tests under the belt, like in the 70+ range…)

So, the nanotech that creates the wireless ‘nanorouters’ in the human body that leads to it generating these MAC codes is ALSO IN THE PCR TESTS.

The good news, if you can call it that, is that the Bluetooth codes are not being generated by everyone, even if they have been ‘innoculated’.

And that even when they are generated, they are not very stable, and appear and disappear rapidly, as happens with very weak internet signals.

So the tech is not working as well as they hoped, but ‘Covid shots’ are clearly linked to hooking people up to The Internet of Things – and then trying to remote-control their neurological and biological processes, via millimeter wave frequencies assigned to their unique, biological ‘IP’.

Researchers have developed a technique that allows them to speed up or slow down human heart cells, on command, by shining a light on the cells and varying the light intensity.

The optical stimulation platform does not require genetic modification of cells but instead makes use of the optoelectronic properties of graphene, that is, graphene’s ability to efficiently convert light into electricity.

Hel-lo, myocarditis and so many people dropping dead from heart attacks straight after the Covid shots.

Point 4: It looks like the ‘9 months’ before the coming of Moshiach began on Zot Chanuka.

I got this from one of my contacts within Shuvu Banim. I haven’t yet checked it out myself, but I’m passing it on as ‘interesting information’, that you can draw your own conclusions about.

I just heard someone at the Ravs house arrest around 4 months ago asked the Rav if the 9 months began.

The Rav said no, it will begin on Chanukah and until Rosh Hashana things will be difficult.

There will be enough food but there might not be enough medications, whoever needs medication for diabetes or other chronic illness should save up now to have enough until Rosh Hashana.

Also heard from one of the hidden tzaddikim, that as soon as the Rav is released from prison will begin the serious problems with Iran.

The Rav said They will drop an atom bomb but he will catch it in the air and send it back it will also hit Egypt, Syria and especially Turkey.

FYI, the Rav appears to be coming out of prison – and going back into house arrest – sometime next week.

Basically, it seems that the people who were persecuting the Rav within Breslov for decades are the exact same people who murdered Nissim Sheetrit.

It’s that ‘projection’ thing we mentioned before, that whatever sins people have in themselves, they see those ‘sins’ reflected back at them from the Rav.

So, I’m also expecting more information to surface soon about all the niuf these people were also involved in, and financial dodgy dealings.

And while we’re on the subject of projection, and how that speaks volumes about the person themselves, that also explains stories like THIS.

That’ll do for now.

There’s a lot going on.

And from next week, there’s probably going to be even more going on…

So prepare yourself mentally and spiritually.

We seem to be approaching warp speed in the next stage of this geula process.

It’s two minutes of a holocaust survivor explaining how people’s rights were taken away step by step, until they kind of arrived at ‘The Final Solution’ almost naturally.

The Holocaust at Auschwitz was the outcome of German doctors pressuring Nazi politicians into adopting quarantine & lock-down policies as the best way to control the spread of Typhoid.

They claimed it was spread by infected Jews.

Ultimately they arrived at the Final Solution.

The Holocaust at Aushwitz was the outcome of German doctors pressuring Nazi politicians into adopting quarantine & lock-down policies as the best way to control the spread of Typhoid. They claimed it was spread by infected Jews. Ultimately they arrived at the Final Solution. pic.twitter.com/8l8KTo62GB

History is repeating itself.

But this time, BH, we have the Rav sweetening things.